I usually blog two weeks a month as part of the Blogging Marathon event. But last month was a little more hectic than I thought it would be, so I couldn’t publish the posts though I was ready with the recipes and clicks. So the recipe is seeing the world a month later than it’s supposed to be, but let’s be happy that it’s here now.

The recipe here – a simple Mexican coffee recipe, is flavored with orange peel and cinnamon. The sweetness comes from panela, an unrefined whole cane sugar. I didn’t have it, so I used brown sugar which is a good substitute.

I served it as iced coffee as it was a hot day. I liked that version a lot. Read on for the recipe. 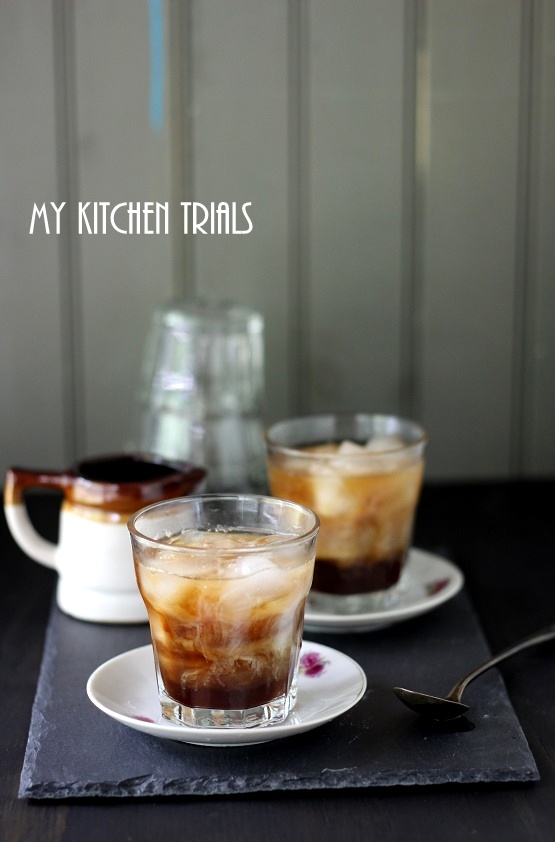 This goes to Cooking from Cookbook Challenge Group.