Ever since I read the recipe for the Spanish Orange cake at Vaishali’s space, I have been planning to bake one. Her recipe calls for cooking a whole orange and then pureeing it before adding it to the cake. I saw another recipe from Mary Berry in the same lines, her Orange Spiced cake also called for cooked and pureed oranges. The cooking and pureeing part was what I wanted to try. But unfortunately both the recipes call for dairy products.

So I decided to try a recipe I had already tried with good results, Priya Srinivasan’s whole wheat cake. The recipe calls for buttermilk which I substituted with cooked orange puree. The substitution makes the recipe vegan.

The cake was full of orange flavor. Its been ages since I served a cake on its own without frosting, so I was feeling a little lost with just a basic cake. I usually soak the cake layers with a simple sugar syrup before serving or frosting the cake. Since the cake is vegan and I don’t have any vegan butter now, I decided to go for a simple mix of icing sugar and water.

Read on for step wise pictures and the recipe. 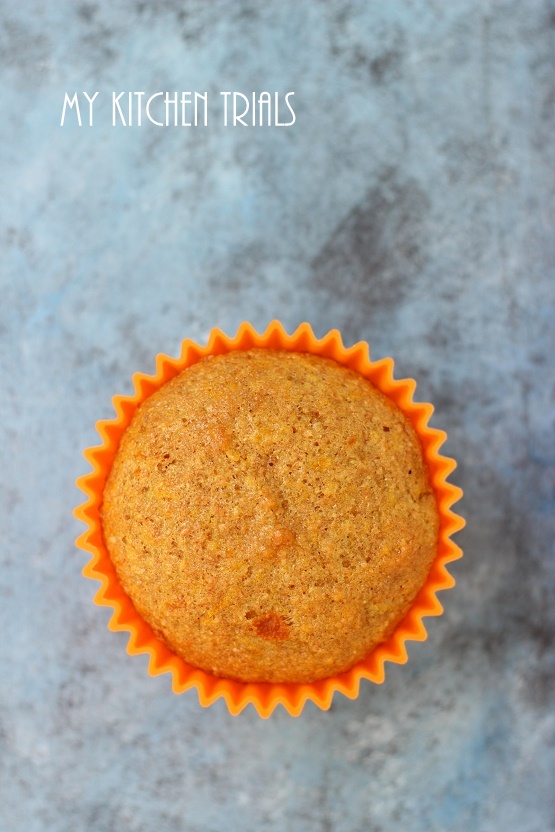 * Increase this to 1/2 cup to avoid adding the water the next time.

The recipe makes an 8″ cake. 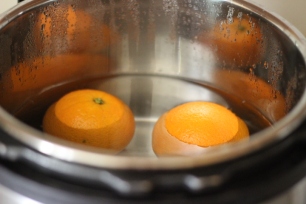 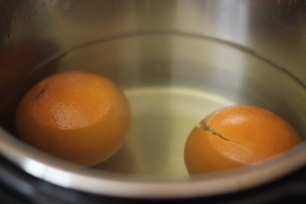 Cook one big orange until its completely soft. I used the Instant Pot here and cooked in manual mode for 20 minutes. I used only one orange for the cake though I cooked two oranges. 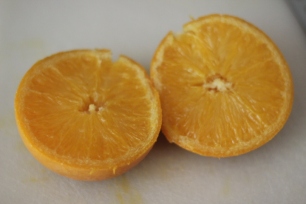 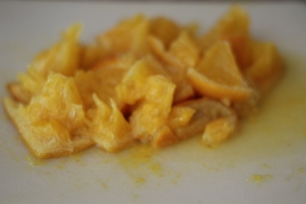 Let it cool. Cut through the orange, take out the pips and chop it roughly, skin and all. 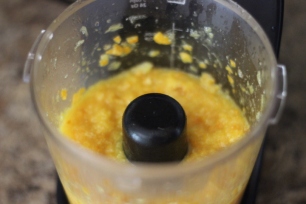 In a food processor, pulse it couple of times (including the skin) so that its roughly pureed. It measured out to exactly one cup when I measured it. 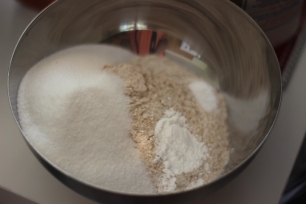 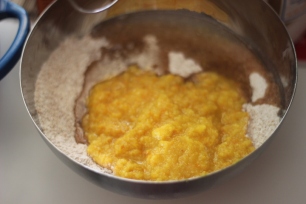 Sift 1.5 cups of wheat flour a couple of times. Whisk it with 3/4 cup sugar (1 cup if the orange is not sweet), 1 teaspoon baking powder and 1/2 teaspoon baking soda in a bowl. Once its all combined well, add the orange puree and 1/3 cup oil. 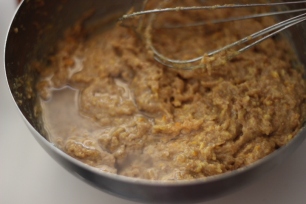 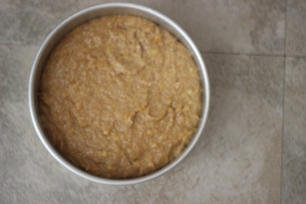 The batter was a little thick, so I ended up adding 1-2 tablespoon of water to loosen it a bit. I would increase the oil to 1/2 cup the next time I am doing it. Pour the batter into a greased and lined 8″ pan. Bake in a preheated oven at 180 C/ 350 F for about 40 minutes or until a skewer comes free of crumbs when inserted in the middle of the cake. Let the cake cool completely in the pan. I have mixed 1/4 cup icing sugar with a little water (less than a teaspoon) until it reaches a thick consistency and piped it over the cake.

Here I have baked a 6″ cake and two cupcakes with the leftover batter. 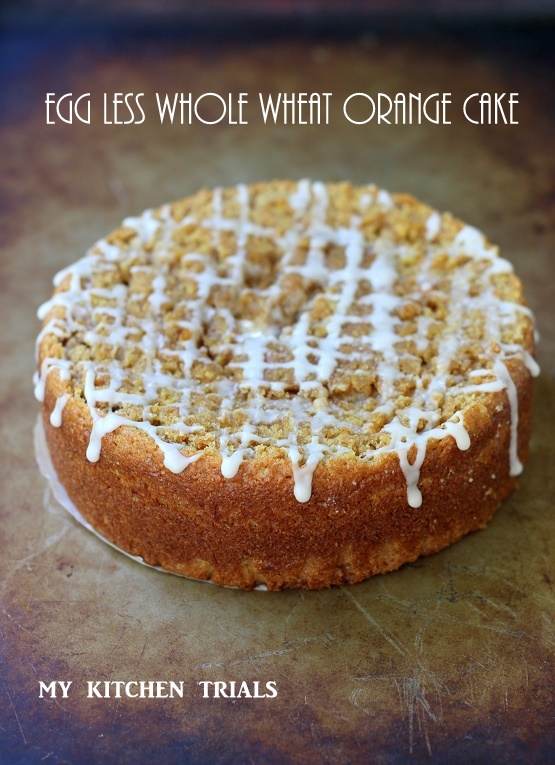