From April first, the Blogging Marathon participants have been traversing through most of the Indian states (and some Union territories) trying out the regional food, one state at a time.

The final stop is at West Bengal and this is what I have prepared for the state. Check out the other Bengali recipes at the end of the post.

The posts done till now were prepared from the month of February and so all I had to do was schedule the posts to go live on that particular day. But unfortunately for Bengal, I kept procrastinating until the end. So April 30th came and went and I was still clueless about what to prepare.

I had bought some ready made rasgolla with an idea to prepare cheater’s rasmalai and to end the month long marathon on a sweet note. But then some ideas just don’t materialize…in this case, the idea(rasgolla) got eaten as such before I could improvise it as rasmalai. 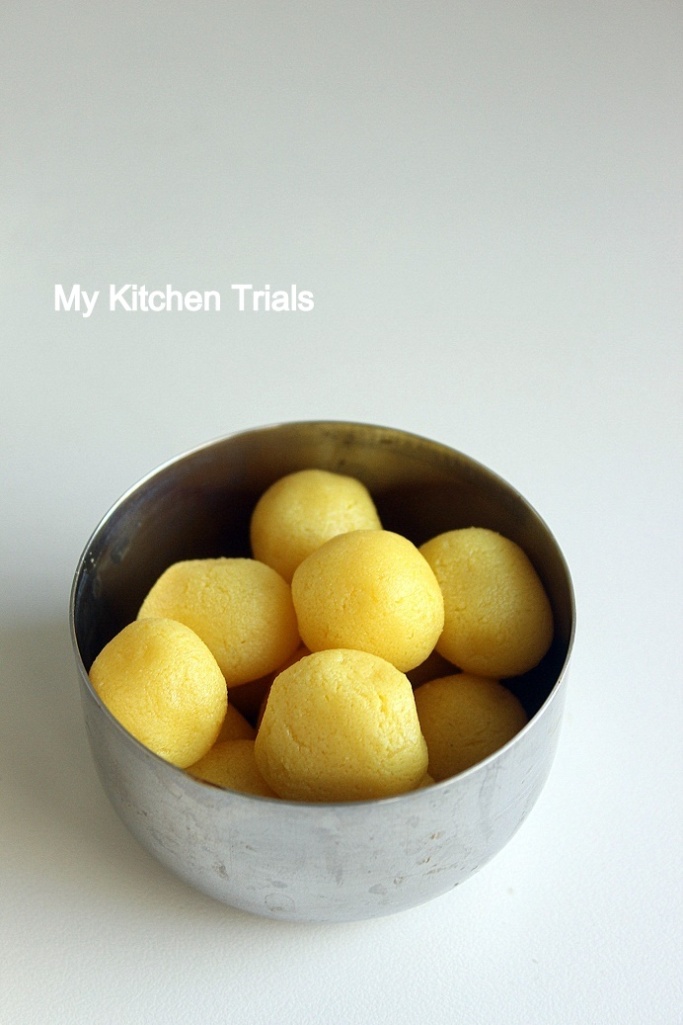 The good thing was the rest of the participants did their share of Bengali dishes and I was able to browse through each of them and finalize mine. After ruling out rasmalai and the chanar payesh, which some had prepared, I decided on Vaishali’s Tauk dal and doi dharosh. It’s hardly surprising, given that I have already done three states (Gujarat, Delhi, UP and now Bengal) based on her blog :-).

It was also kind of in line with the lunch platter theme I was preparing for all the other states. So, tauk dal and doi dharosh it is…along with luchis and the left over ready made rasgollas. For the luchis, I prepared a corn kurma as a side dish. It’s not a Bengali recipe.

This is a picture of a Bengali Thali I had prepared two years back :-). Check out here for more pictures and the recipe links.

Some more Bengali recipes in this space: