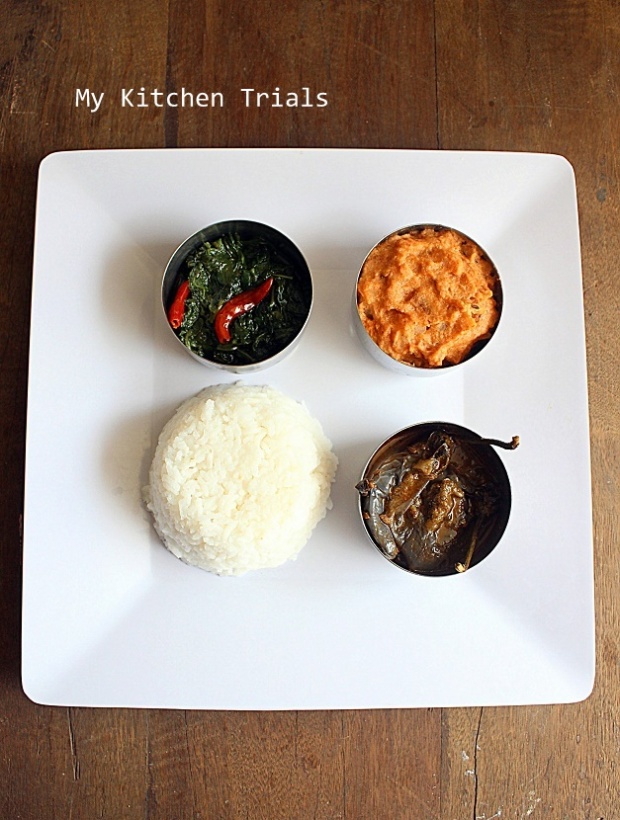 The Mughal emperor Jahangir called Jammu Kashmir as the heaven on earth. A beautiful place, which I would love to visit sometime…

Like I said before, the place I stay has people from Kashmir to Kanyakumari. I put this Kashmir thali too with a neighbour’s help. The restaurants had me believe that Kashmiri food was all sweet and nutty. Now, that’s far from truth.

You get really spicy food there, mainly non vegetarian.Given that Kashmir is a very cold place, it makes a lot of sense. My neighbour also suggested radish chutney (its more of a salad, if I am right) and lotus stem curry. I was not able to get these two things, else I would have loved to feature them also here.

Another thing I learnt was that their regular cooking doesn’t include onions and garlic much. If I remember right, turmeric powder is also not used much. The Kashmiri chilli/chilli powder is a must, though.

This khatte baingan was a new recipe for me. This is eggplant cooked with tamarind (khatte means sour/tart). 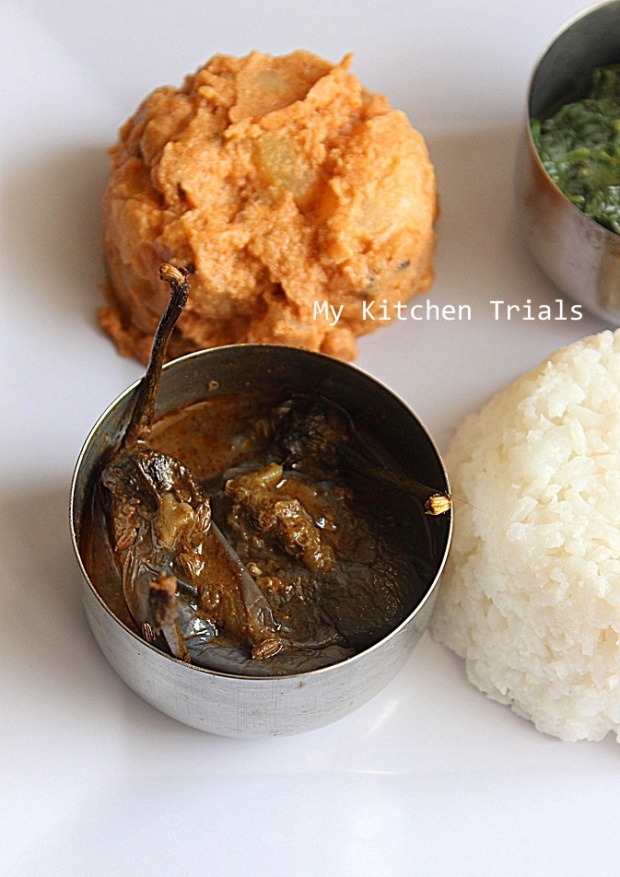 Next was the saag. The Kashmiri saag is not easily available here. It’s the knol khol/kholrabi’s leaves. I used a bunch of palak (a variety of spinach) for making this saag.

I followed a recipe on-line to make this simple green leafy preparation. 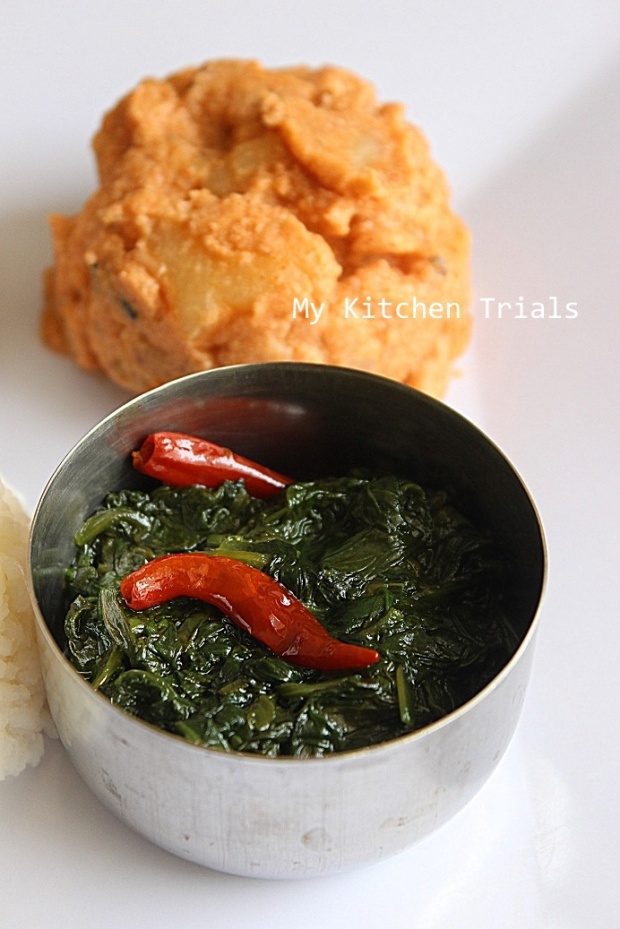 And  of course the dum aloo! How can we forget the Kashmiri dum aloo?! Parboiled baby potatoes (again, I had only big potatoes and so I diced them up) deep fried  later and then simmered on a spicy yogurt gravy…

I took a lot of short cuts here and so mine weren’t the royal dum aloos, just ordinary ones :D. I didn’t deep fry, I didn’t even shallow fry the potatoes. Those are just boiled potatoes in the curry. In my enthusiasm, I overcooked the gravy and so ended up with a thicker curry. But anyway, it tasted fine, so no complaints there. 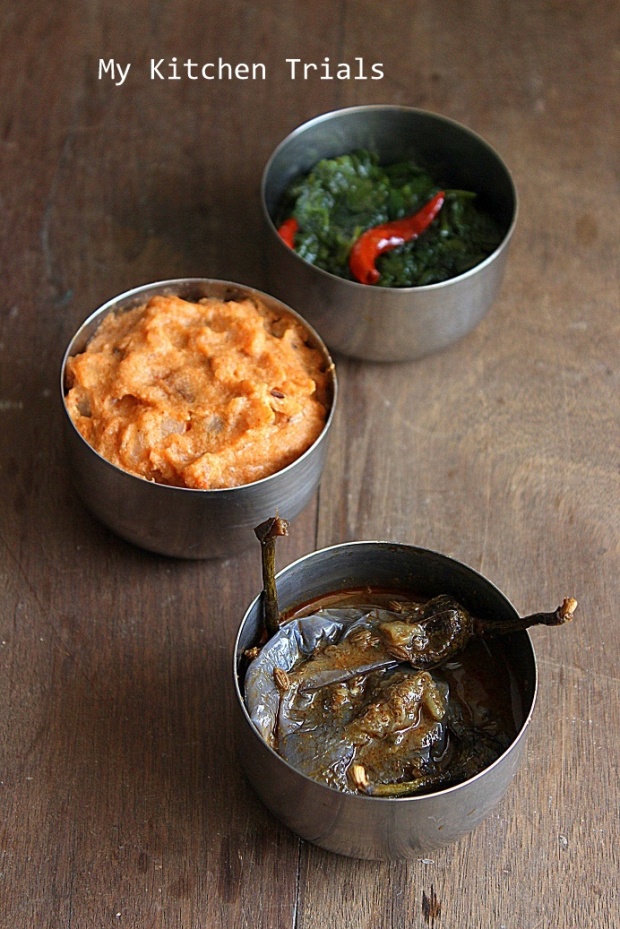 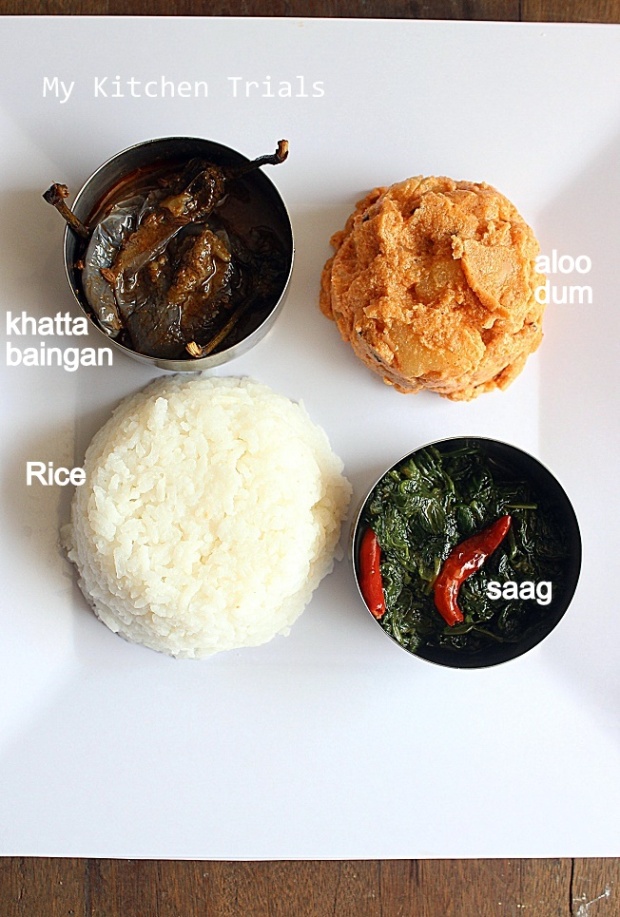