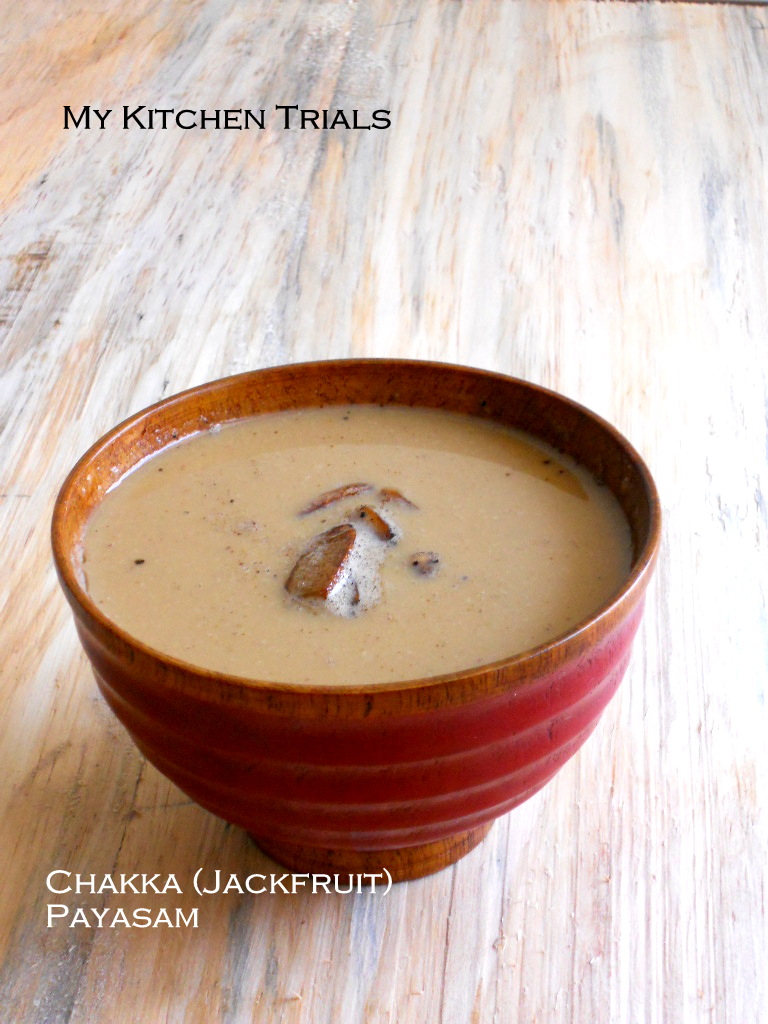 I wanted to make Jackfruit based recipe for J. Not too many recipes to choose from for this letter anyway. And so after zeroing on Jackfruit Payasam or Chakka Pradhaman, I forgot to get the main ingredient – Chakka Varatti from Kerala!

I was wondering how to make the payasam without the varatti (you won’t get ripe jackfruit here). I asked my cousin whether she knows some shop where I can get it and she said, she had some at her place.

She had only a little bit left, but that was fine by me. The mere fact that my ‘J’ problem got solved was a reason enough to make a payasam! And here it is… 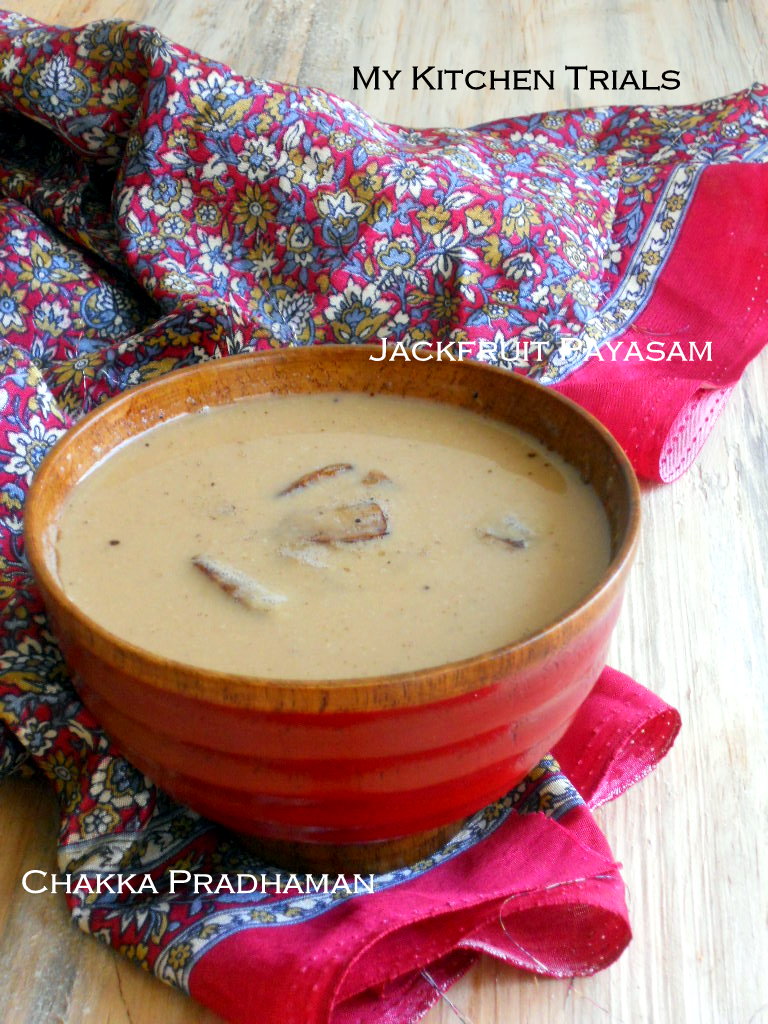 This and that info:

**Can substitute with one cup of full fat milk. 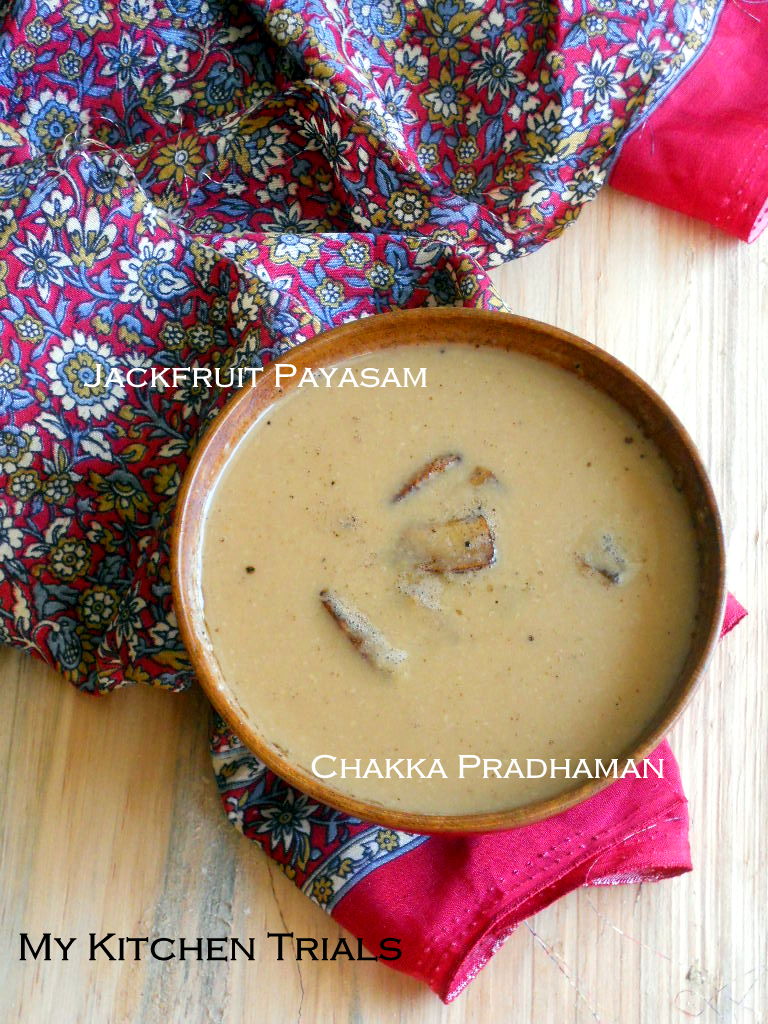