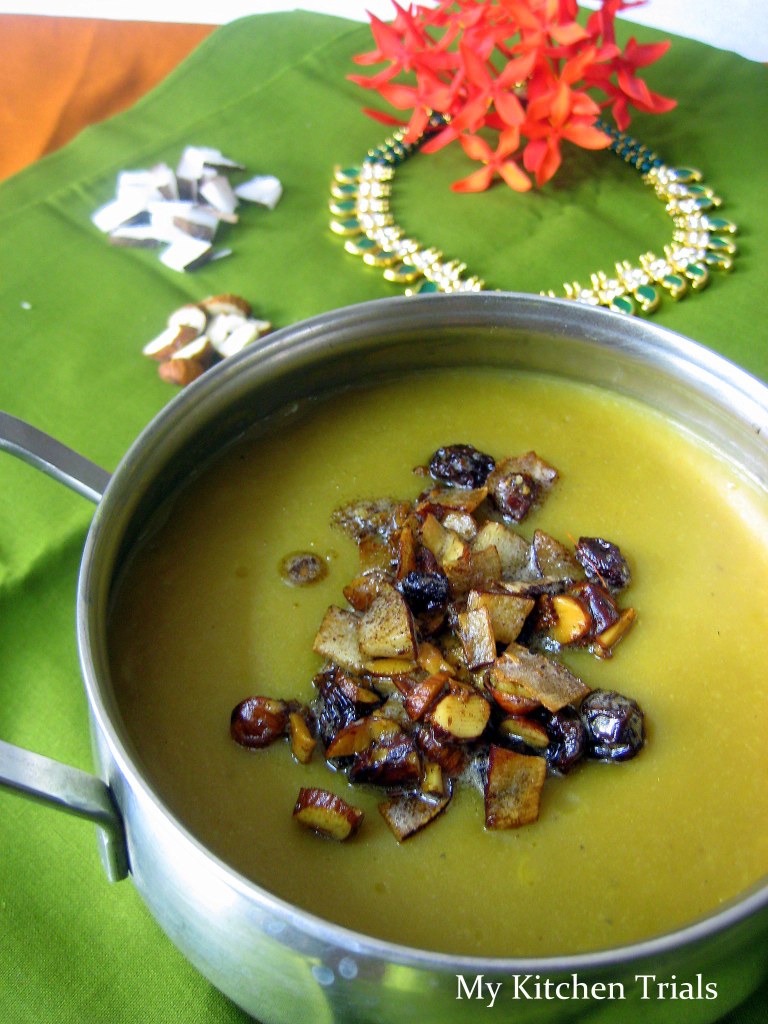 Being brought up in an area surrounded by temples has had a huge impact in my childhood. If you are thinking about spiritual or religious kind, then think again!  I am talking about food – in the form of Prasadam!

We had a lot of friends staying near by and none of us go to the temples on a regular basis. But on the day of Pradosham, we rush out to the temple, the minute the bell for the Prasadam rings. That sound of the bell was almost like the Pied Piper’s music – it used to bring out all the children in the area to the temple!

We would wait in the temple for the pooja procedures to get over, counting the minutes till we get that yummy payasam in our hands. The little hush-hush conversations to fill the time, suppressed giggles when elders stare at us for talking when the pooja is going on, standing in the queue for getting the payasam and the heavenly payasam itself, given out in a small piece of banana leaf – are all part of my childhood.

At times I would even request for a second scoop because the first helping was really small. I have never had any luck with that though! The run towards home licking off the payasam from the leaf, forms the most memorable (and the most important) part. If we don’t finish it before we reach home, my father would ‘deduct taxes’ from our share! The near by Ganapathy temple distributes Appam as prasadam, which is my son’s favorite.

I sometimes think the current generation neither gets the opportunity nor is interested in savoring these simple experiences in life. Theirs is more of a virtual escape (TV and Internet). But when I saw my son literally bringing the front gate down (shouting Appam! Appam! at the top of his voice), because the bell for prasadam was ringing and the gate was locked, my belief in life has returned!

For this week’s Blog Hop Wednesday, I am paired with Sangeetha of Typical Indian Cooking. After pondering over the huge list of recipes there, I decided to try out the jaggery based Pasi parippu Payasam. It kind of reminded me of my ‘childhood payasam days’.

The payasam was great, I really loved it. I have halved the given recipe in Sangee’s blog as my husband is a ‘sweet – hater’ (Yeah, I can’t believe it too!). 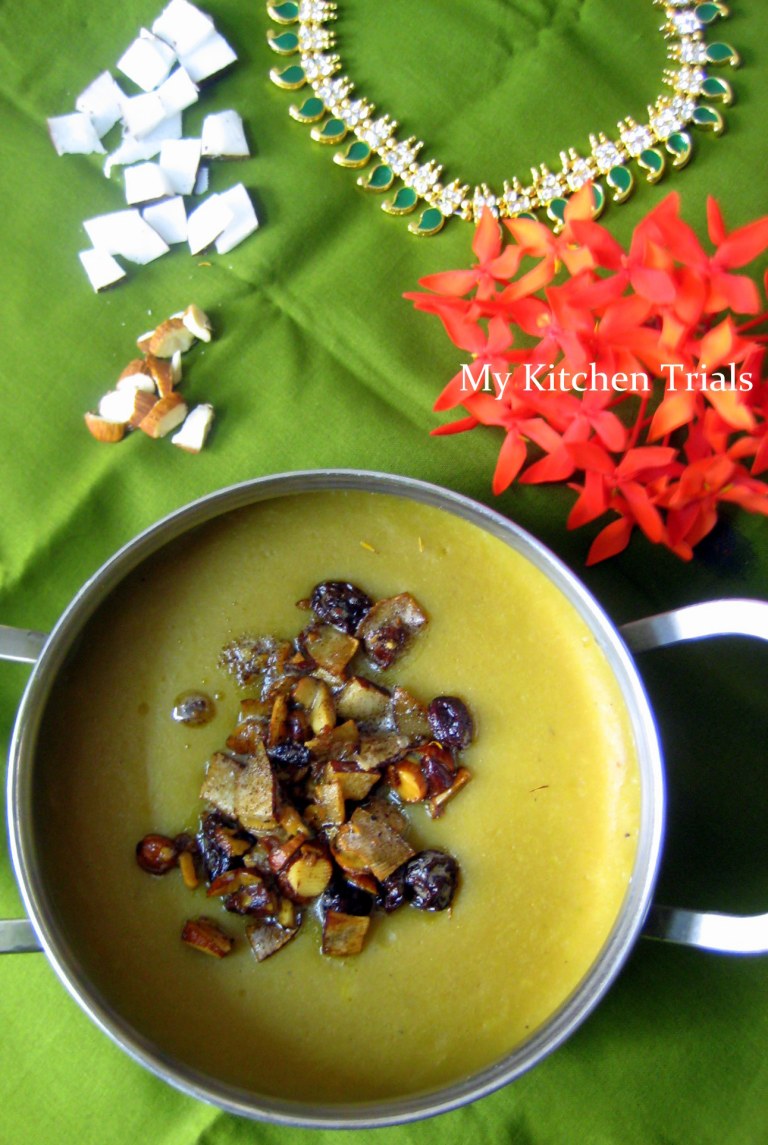 Check out the original recipe here.

You can add coconut milk instead of milk in this recipe. You need to cook it a bit after adding the coconut milk though.