When there is almost 4 weeks notice time for me to whip something up, one would think it will get done by the third week at least. Mmm Hmmm – No No. This is my second DB challenge and I ended up doing this too in the last minute.

This month’s challenge was hosted by  Lisa of Parsley, Sage, Desserts and Line Drives, and Mandy of What the Fruitcake?!. The challenge was making candies, a real challenge – since I didn’t know where to stop!

Tempering of chocolate is out of question for me since I don’t have any candy thermometer and again, for the hot and humid weather here,  it wouldn’t have worked well.

So truffles it was, since it didn’t need any thermometer. I decided and planned, in my mind of course, but didn’t spring into action till the last minute. Now for truffles, you need cream. And last week I went to at least three supermarkets in my area and they were out of stock. I have never had that problem before. Its always there when I don’t need it, and now that I want it, its out of stock!

Well, I came home and made some chocolate bark instead. I would have loved truffles though. I didn’t temper the chocolate, but melted them in microwave. Added a bit of this and that and tada… a beautiful chocolate bark.

I made peanut chikkis, called kadala mittai locally. The cooking disasters there deserve a separate post. So reserving that for a full post later, but the picture shows what I had after the third trial.

I had made Dulce De Leche too, unrelated to this challenge. Scroll down for a photo of that, the full post is available here.

The last one is Chocolate Fudge. The plain old traditional recipe. It was yum yum yummy! I made it in the evening one day and there was hardly any left by morning. The recipe is adapted slightly from here. 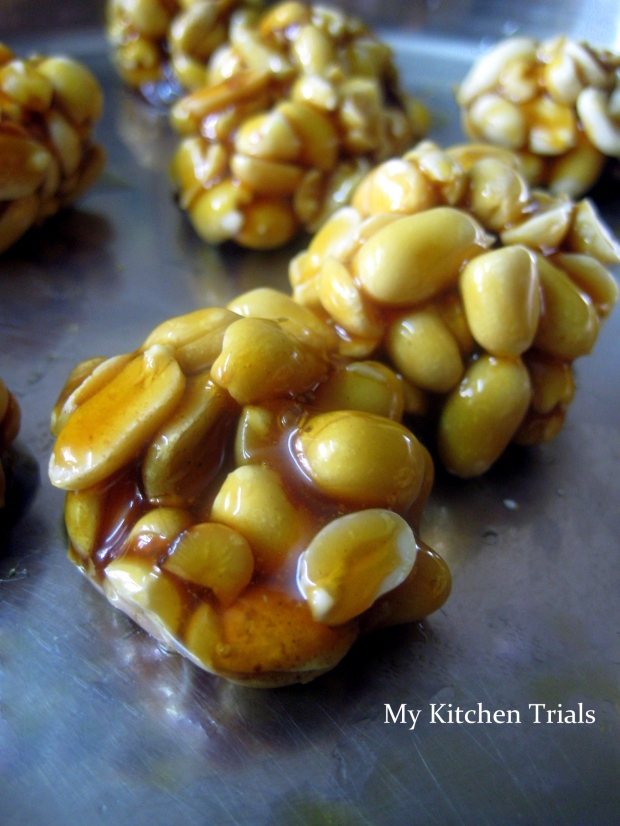 This is not really a recipe, just the summary of what I did. 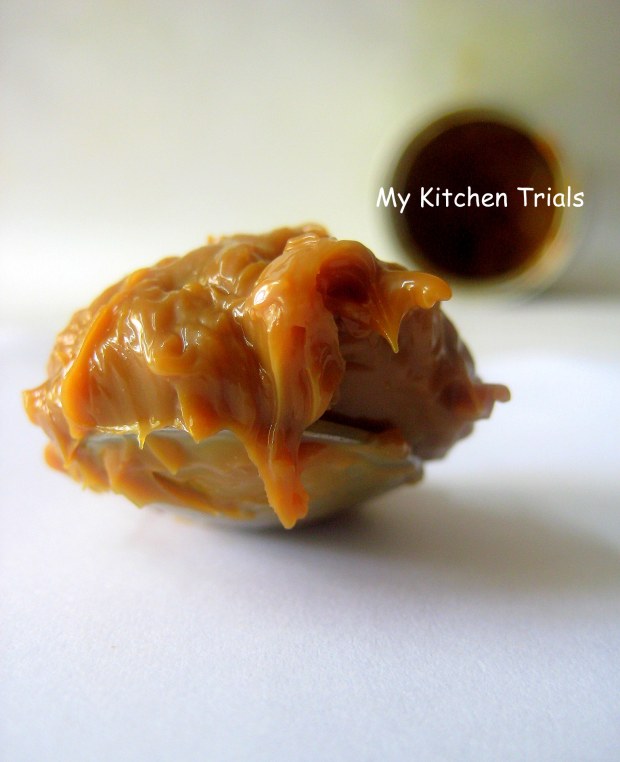 Thank you Lisa and Mandy, the real challenge wasn’t making these – it was resisting the temptation to finish these off in one go!